Kings Cross Inn was the third hotel I had booked for my weekend stay in London.

As I was leaving fom Kings Cross / St Pancras Int. Station on Monday morning that was the best option.

The hotel is situated just opposite of Kings Cross / St.Pancras Int. and easy to find.

I was surprised to find out at check in that wifi was not included, but this was my misunderstanding, as I saw afterwards that this is clearly mentioned on their website (£2 for 1 hour and £20 for unlimited use).

The receptionist was not very friendly, but hey...

I payed about £65 for a double room ensuite for single use, without breakfast or wifi.

My room was quite nice and spacious, except for the bed which was french style: 140cm for a double, but at least it was more comfortable than it looked.

All in all a nice modern furniture, storage and hangers, though unfortunately the first thing I noticed upon entering the room was a bizarre and displeasing odor in the entire room & bathroom.

As I was not sure if it was from inside the room or maybe coming through the open windows from the busy street, I tried to close the windows in my bedroom and the one in the bathroom.

As you can see on one of the pictures below, there was the outside original wooden window on the façade, and a second sliding window on the inside, which was obviously added to reduce noises and keeping the cold out. Unfortunately I was not able to close the outer window, nor to fix the inner window as a part of the frame was broken.

The room had nice feature, such as the nice picture of London, modern lighting, a desk, tv, fridge, safe, coffee making facilities, a hairdryer, showergel...a.s.o.

The positive aspects surely outweight the less positive ones, but nonetheless I want to state these minor facts. 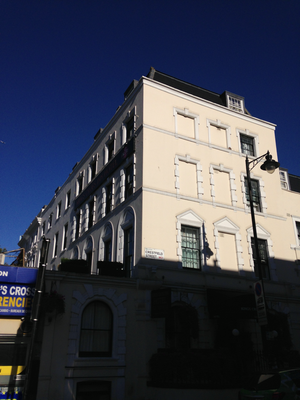 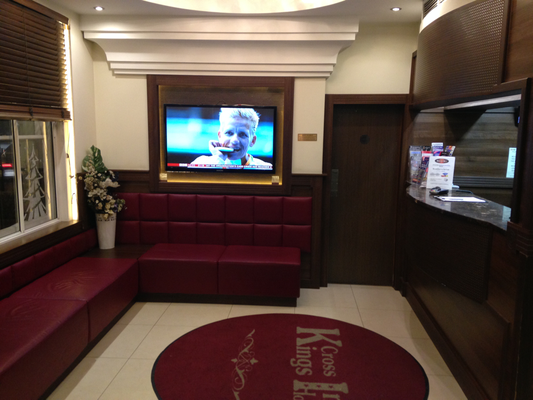 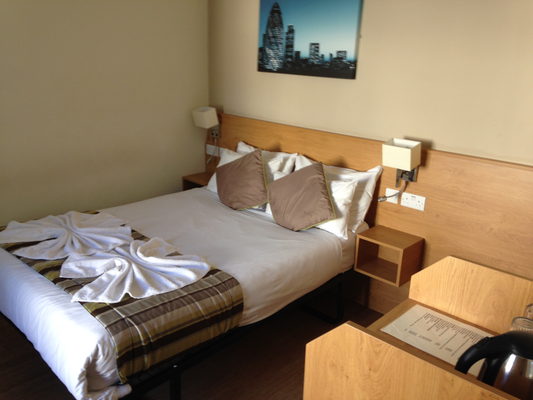 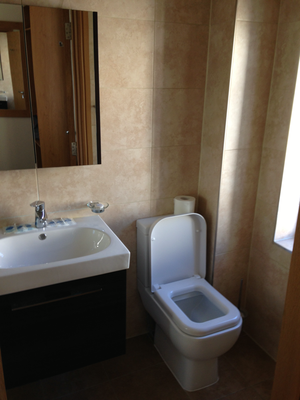 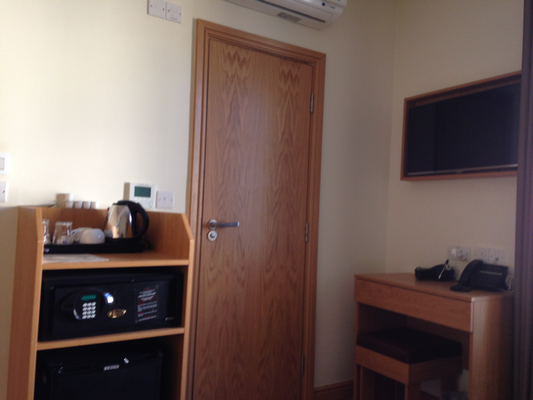 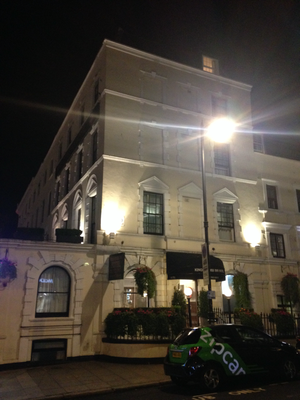 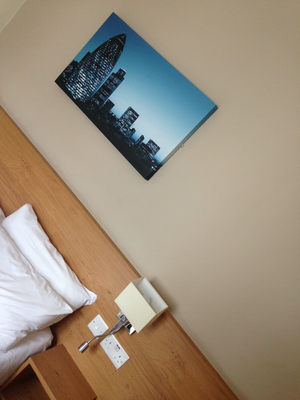 After check-in I had stayed in the room to relax before heading out for another tour through London.

Later on, when I left again,  I informed the receptionist about the bathroom window needing to be fixed.

The receptionist told me that there is no window, and asked if I mean the shower glass door.

I said No, that I mean the window in the bathroom.

The receptionist replied that they don't have windows in the bathroom, it's the bedroom then.

Again I told him No, and that I was not completely silly and mad, and still recognize a window if I see it.

Then he asked again my room number.

I also asked him if there was no remote control, I thought that maybe tv had to be paid for like wifi, but he assured me that tv was free and the remote control would be in the drawer. I told him that I had already checked everywhere, as well inside the drawer, but that I might had overlooked it.

So after I returned later that night (the receptionist didn't even return the greeting) I checked again in my room but definitely couldn't find any remote control, so I walked down the stairs again to the reception to get one . . . the receptionist rummaged in a drawer and got me one, but as you can see on the picture underneath, this one was not immaculate clean . . . neither was the bathroom,  nor the bedspread and decorative pillows nor the carpets in the corridor . . .

As mentioned before, there was this unpleasant smell in my room 219, which I guess was coming from the bathroom. I kept the bathroom door closed and windows open and the odor went away. I was so tired, that I even slept with the bedroom window open.

There was also a lack of fresh air and odors in the staircase & corridors, which is understandable if you see the stained carpet which is still in some corridors. Fortunately the corridor leading to my room had kind of a laminated floor.

Notwithstanding that there are some points needing improvement I'd all in all say that Kings Cross Inn is to be recommended, for it's great price, great location and rather nice and modern rooms. 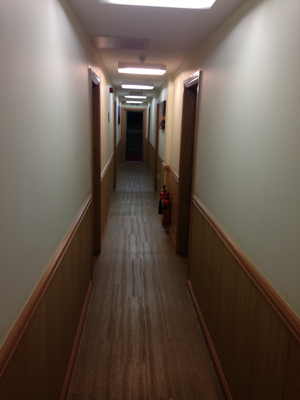 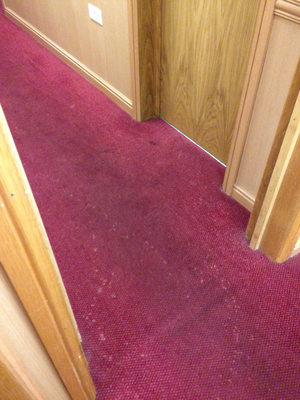 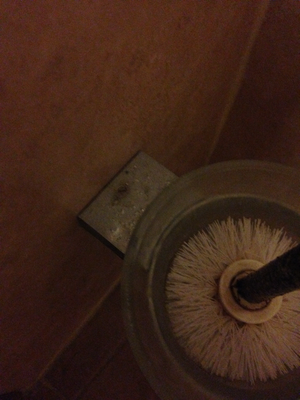 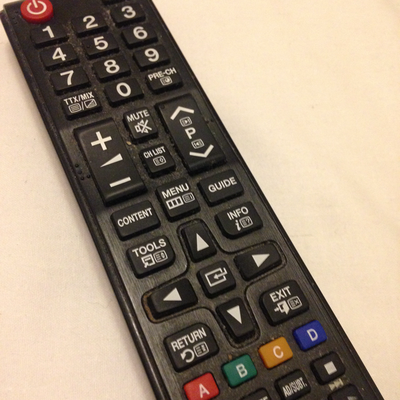 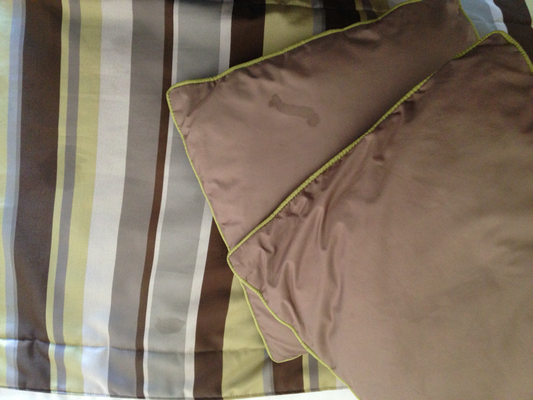 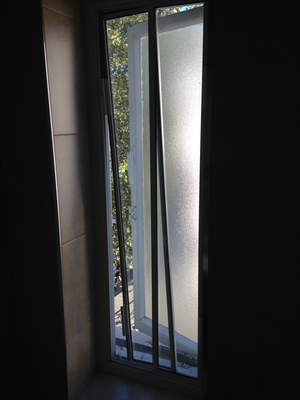