In early July I had shared a blog post called 'kismet, my friend, it's kismet'.

This earlier post was about the beginning of a friendship between two mothers, two women.

On June 16th, when Yasmin and I  had met to chat and have a coffee in nearby town, she said that she would love to see Paris once before she'd die.

Even though we became friends only weeks before, there had been this great connection from the beginning and thus we left for a short trip to Paris on August 13th 2017.

This spontaneous decision was not only about Yasmin's time running out, but as I had experienced few times before, many people hesitate and procrastinate and simply miss out living... and I didn't wanna miss this chance to spend an incredible two days with my friend.

Everybody's time runs out sometime . . . so we'd better not hesitate too much and too long.

Carpe diem - seize the day !  Embrace life and savour each moment ! These are expressions you hear and read a lot  . . . and they are so true.

Living and enjoying -  that's what we did for 48 hours in Paris.

As we only stayed 48 hours in Paris and not knowing how much she could take nor if we could move on steady, we had decided this was fairly enough for Yasmin's first trip to Paris.

We arrived in Paris on Sunday around noon and walked slowly to the hotel.

The hours spend riding in trains had passed so quickly and yet we still had lots and lots to talk about. Everything felt so natural and so easy. It seemed like two lifelong friends were just doing another thing together as usual. Both of us clearly enjoyed the company of the other one and we both were happy we had not hesitated but simply done it!

I had booked two rooms at Hotel Sainte Marie - Rue de la Ville Neuve - Paris 2e and I do really recommend this lovely little hotel, located in a little street but yet close to grand boulevards with restaurants, bars and shops (Boulevard Poissonnière & Boulevard Bonne Nouvelle)

After check-in at the hotel we had a little rest and then went directly to the Louvre by cab.

We walked around the square and then headed to the queue at the entrance to the Louvre museum. It only took us 25 minutes to reach the entrance and we spend three and a half hours visiting this huge museum and amazing collections and were happy we'd seen some famous masterpieces like Mona Lisa, Venus of Milo, Delacroix's liberty tableau and many many more . . . though my favourite by far was a sculpture of the God 'Dieu Bès' 30e dynasty 378-341 B.C.

Kismet ! After I checked on the internet what kind of God 'Dieu Bès' is, I found on Wikipedia that: Bes (/bɛs/; also spelled as Bisu) and its feminine counterpart Beset are an Ancient Egyptian deity worshipped as a protector of households, and in particular, of mothers and children and childbirth. Bes later came to be regarded as the defender of everything good and the enemy of all that is bad............ so it's clear why this sculpture spoke to me and attracted me !! 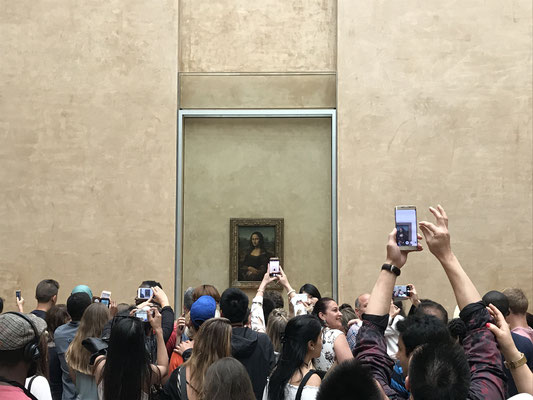 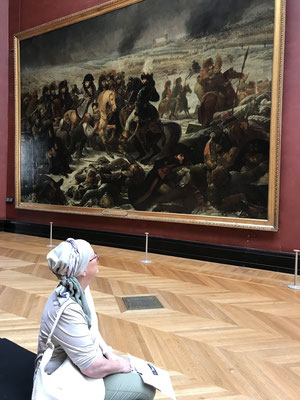 Afterwards we had a good cup of coffee on Boulevard de l'Opera, walked up the boulevard to the splendid Opera building and took a cab to return to Boulevard Bonne Nouvelle.

We were looking for a niece restaurant close to our hotel and found the perfect spot: 'le Bonne Nouvelle'. Staff and service was great, interior decoration was great and the food was great too! 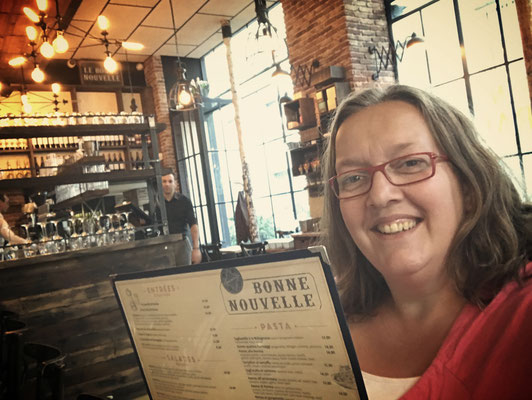 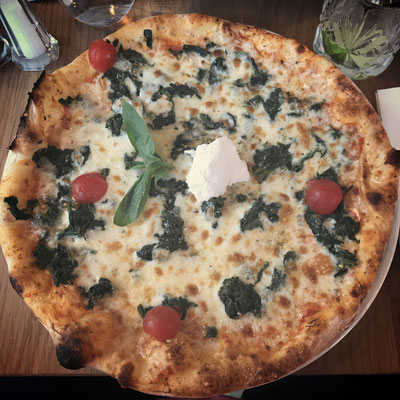 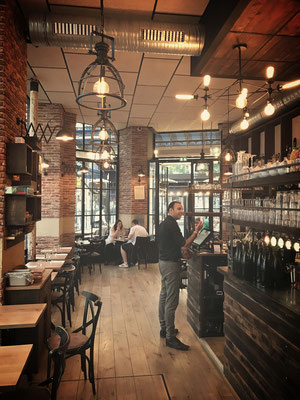 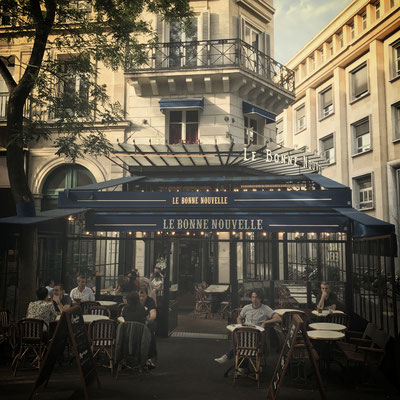 The next morning we had breakfast at the hotel and walked to a close-by underground station taking a direct line to 'Hôtel des Invalides' to visit the Army Historical Museum and Napoleon's burial site.

Yasmin confided to me that this was another premiere as she never had taken a metro ride before. 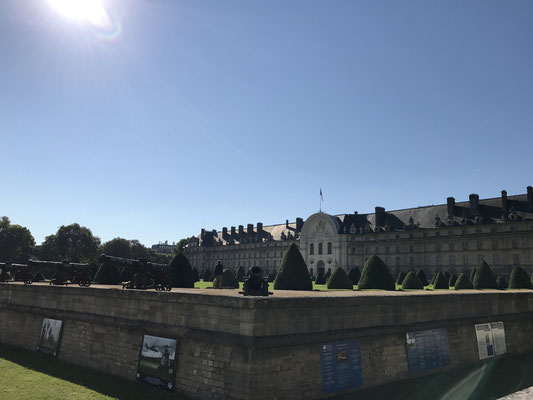 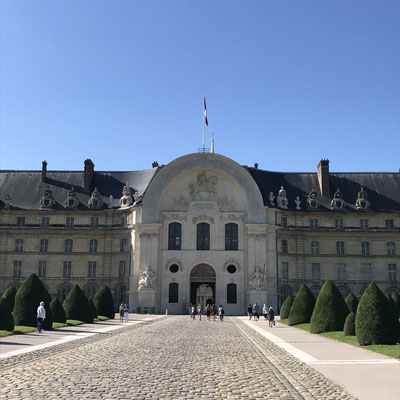 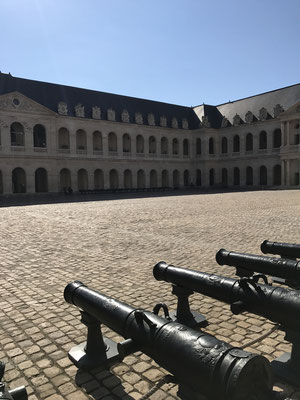 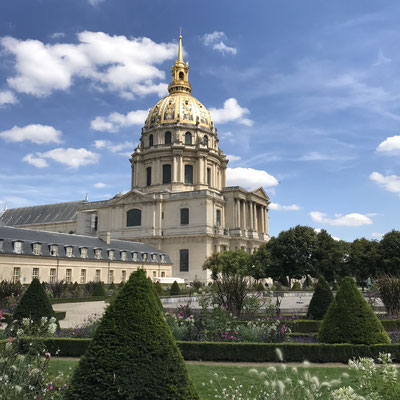 The majestic grandeur of this place is stunning.

The construction of the 'Hôtel des Invalides', initiated by Louis XIV, was completed in 1676 as for the main building and courtyards and could take in up to 4000 disabled veterans. A veteran's chapel and a private royal chapel with dome would later complete the site.

Eiffel Tower is just a short walk away . . . so off we went.

I think there's no need to tell you much about Eiffel Tower as its a world famous landmark.

As I was not able to purchase tickets in advance via interne and as there were enormous queues through security and again for ticketing,  we  decided not to queue an not to go on the top or 2nd floor.

Instead we just enjoyed the busy 'Champ de Mars' and the surroundings of Eiffeltower, the Seine and Trocadero.

Every time we found a spot in the shadow of the big trees in the park of  'Champ de Mars' we took a seat and rested a few minutes.

It was such a pleasure to see my beloved friend taking all impressions wide eyed and with a big smile like a child. Her enthusiasm and joy was contagious and it was a great feeling to be the one to have made this all possible. 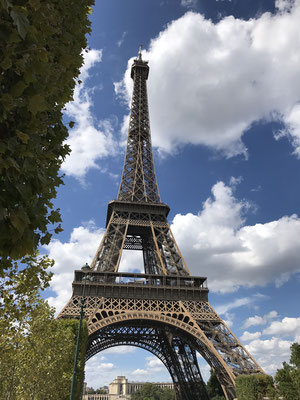 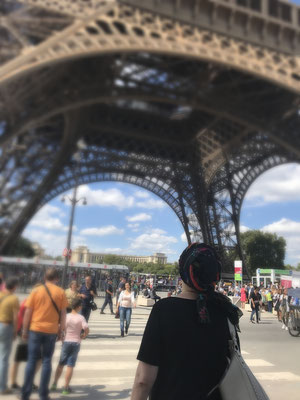 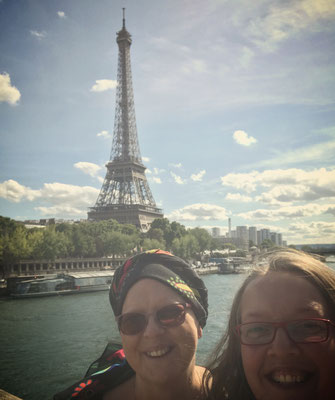 Yasmin's physical condition was great, so we slowly walked along the Seine to Pont d'Alma, where we catched a direct underground line to our hotel, had a little rest and met for dinner an hour later.

As dinner the previous night had been so yummy, we returned to the Brasserie 'le Bonne Nouvelle' and enjoyed another great evening.

After a good night's sleep and breakfast at the hotel, we took our luggages and headed south to Notre Dame Cathedral - the fourth point on our to-do list.

As it was Assumption Day - the day of Virgin Mary - the area around the Cathedral as well as the interior was very busy. Yasmin took her time and visited the interior while I kept the luggage and waited outside.

We walked along the Seine, bought books at one of the 'bouquetiers', saw the courthouse and discovered hidden places on 'Ile de la Cité' before heading to the City Hall and close-by Place du Châtelet where we took an underground train to get to the railway station.

Our short trip was coming to an end but we were happy as one can be.

On the train ride back home both of us were fairly quiet, a bit exhausted and processing the impressions collected over the past 48 hours.

There was not a single minute I would wanna miss from this trip and I deeply hope that it was not our last one! 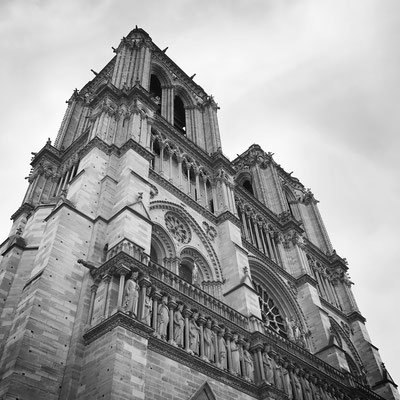 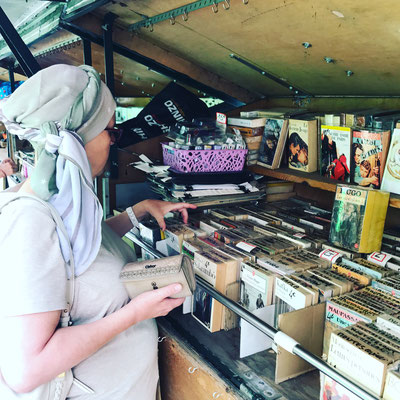 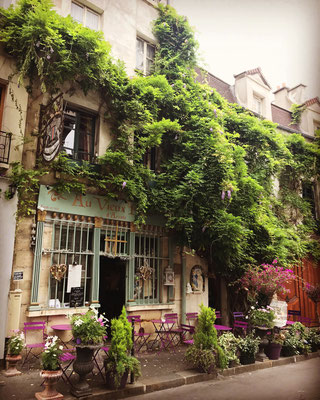 I am happy to be the one person to have taken you to Paris.


I am happy to have been the one with whom
you've been on your first high-speed passenger train TGV,
the one with whom you've visited Louvre,
Musée des Armes, Eiffel Tower and Notre Dame Cathedral

the one who was at your side when you first strolled along the Seine and walked the typical narrow Parisian cobblestone streets and the majestic grand boulevards,
the one who took you on your first Métro underground ride.

I am happy to be the ONE person you shared all those moments with!

Together we created a bunch of unforgettable memories
and  I am proud to call you my friend !